How many famous Welsh writers can you think of? Roald Dahl, Dylan Thomas, Catrin Collier? But who else I wonder?

Well you’d probably be surprised to hear that one of the best-selling authors in the world was born in Cardiff.  Maybe you didn’t know that the writer of the world’s greatest national anthem (don’t even think of arguing that one!) lived in Pontypridd or that an old Welsh poet may have made the earliest reference to King Arthur?

Did you know that Welsh miners, war heroes, alcoholics, engravers, hobos, jockeys, arsonists, industrialists, teachers, Home Office pathologists, Welsh nationalists, social reformers, politicians, harpists, forgers, monks, scientists, the creator of the Daleks, the world’s greatest explorer, the world’s greatest thinker and even that weird bloke in your street who is always walking his dog are actually amongst the best writers the world has ever produced?

Well now you can check them out on a new, recently launched A to Z database of Welsh talent. 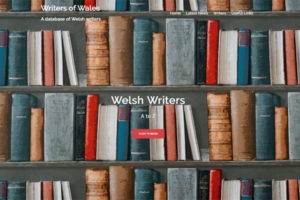 “Wales has been crying out for a writers’ database for years. For too long there has been an establishment bias that has ruined the opportunity for the little guy to succeed. Hopefully this new venture offers equality of opportunity,” says Welsh poet Dave Lewis, the creator of this project.

“For years I’ve been fed up with the state-controlled media and self-appointed literati trying to brainwash the public with their version of great art so I thought why not produce an alternative. A place where all writers, great and small, can compete on an equal footing, where we let book sales decide who are the good writers not grants, bursaries and meaningless awards.

“There is so much new and exciting writing talent in Wales, as well as our fabulous historical legacy, yet most of it is overlooked while the same old names get regurgitated time and time again in the mainstream media. It’s time we all started to look at the bigger picture, about actually selling our work and helping to promote each other.”

Officially launched on St David’s Day the database is still in its infancy but it is expected to grow significantly over the coming months as new authors are added. To check it out just visit the website at – www.welshwriters.co.uk