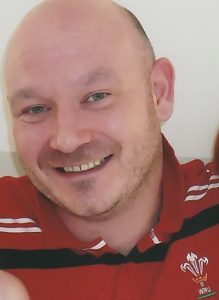 It’s become a convenient platform for people to share themselves and their interests.  For poets it has become a fantastic medium for them to display their work as poetry is concise and gets instant feedback.  In this technological world it means that words can carry faster than the voice can project them.

One of this new breed of poets has found it a literal life line.  Daniel Holmes, a 40-year-old Welshman jailed on the island of Malta in the Mediterranean shares his experiences and thoughts with the world.

In 2006 Daniel was arrested and made headlines across the world.  “A drug factory” was the first description of his flat as reported in the Times of Malta.  Over the next five and a half years, the truth became a little clearer.  He was actually found in possession of just five cannabis plants and their clones, growing in his apartment for his personal use.

Daniel was indicted on a plethora of charges, along with a friend, an Englishman, who sadly took his own life in 2010 while in custody.  In 2011 Daniel was sentenced to ten and a half years and fined €23,000 plus thousands in court costs.  Locals and the wider world became incensed, sparking petitions, street protests and media coverage asking for sense and justice to prevail.  All their efforts fell on deaf ears.

In 2015 Daniel started writing on Instagram. With no access to computers or the Internet, from his solitary prison cell, with pen and paper, he would write and then relay his poems to his parents in Wales, who would put his words to pictures and post them on his Instagram page.  The relay would then continue with comments and tags passed the 2000 miles between Wales and Malta during phone calls.

When asked in an interview Daniel said,
“I have honestly no idea how it all works.  Such new meanings of words for me; tags, posts, likes, followers.  It started as a way to share my experiences, frustrations and musings with my family, but via Instagram I’ve managed to reach a wider audience.  I’ve had such wonderful feedback and support that gives me hope in such a desperate place. Some of my followers have written to me and even come to visit me here.” 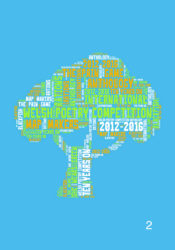 “It’s been true escapism for me,” Daniel continues, “It’s such fun to play with different forms of verse when tagged with writing challenges.  With the thousands of people following my writings, and their encouraging comments, it’s meant that even when I was lonely, I felt I was never really alone.  It’s also brought such comfort to my family.”Daniel has entered the International Welsh Poetry Competition for the last few years and in 2015 won a place in the top 20 for his poem “Simple Beauty” which was subsequently published in our anthology, Ten Years On.

He is due for release on September 13th 2018, over 12 years since his arrest, having served eight years behind bars and with his parents paying the huge expenses.  Daniel’s family are eagerly awaiting his return to the green, green grass of home after what has been a harrowing ordeal.

Despite his ordeal, Daniel largely remains an upbeat and positive individual.  His poetry often reflects that; it’s sometimes funny, sometimes confessional, sometimes philosophical with odes to the natural world and life outside prison.

Prisoners who write and share their experiences are by no means a new thing. Alexander Solzhenitsyn, Theodore Dostoyevsky, Jack London, Oscar Wilde, Nelson Mandela, to name few.  So now, with social media, it is no wonder that some are using that connectivity.

Daniel says,
“I have written poems and stories since I was young but never did anything with them apart from show them to family and let them gather dust.  The Maltese Courts would not let me speak so the truth of my case has never been told, but I have now written an autobiography to show the true facts about myself and my deceased friend, and the unjust laws of Malta.  I knew I could never publish it while imprisoned on the island, so again I began to write poetry and short stories some of which I have used for Instagram and some have been entered in competitions. 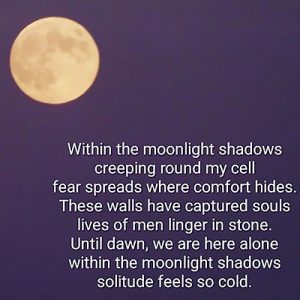 “Poetry for me has always been about truth, whatever the subject.  It has been a way to record our lives and our planet’s events. It has the ability to conjure up all the emotions and can imprint itself hauntingly upon us.  People say that poetry is making a comeback.  I believe it has never left, it just finds different ways to show itself. Rap music and songs are, of course, poems, some banal, but some giving insight into sectors of life that would otherwise be unseen. I believe that writing and reading is making a comeback and now with self publishing, online publishing and social media, the whole world is able to come together and share their writings. After all, poetry is what life fundamentally is; the rhythm, metre and rhyme that is within us and around us. Poetry can not only connect us, detail us, and survive us, it has the real potential to change us and our planet. Every writer knows that, after the hard work of creation, the next step is to share that creation and see how it evolves in others.”

Daniel is currently seeking a publisher and editor who can help him publish his works.  He is a man who needs our support.

More information can be found by typing “Daniel Holmes Malta” into a search engine.  Follow him on Instagram @daholmes and be prepared to hear more from this inspirational man in the future.

“I’m very pleased with the results of my collaboration with Publish & Print. My questions to the publisher were answered promptly and always in an encouraging manner. I especially liked Dave’s ideas for the cover.”
– Anita Namyslo